Six Palestinians Injured After Israeli Attack on Their Bus 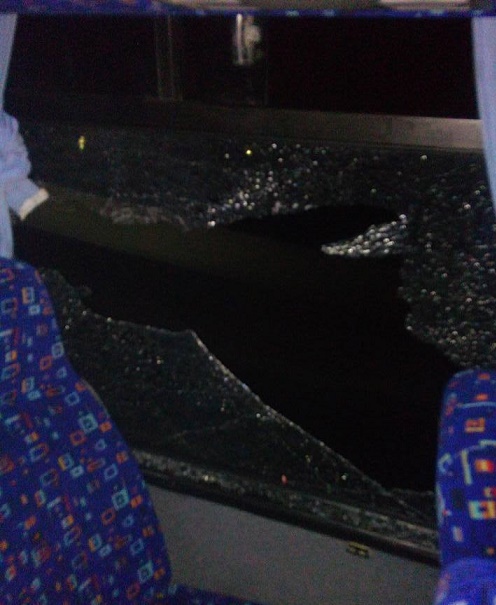 A Palestinian bus, filled with residents from Hebron, was attacked, Sunday, by Jewish extremists living in illegal colonies in the occupied West Bank, leading to six injuries. The Palestinians were heading back home, after their solidarity visit to Douma village, near Ramallah, to provide their condolences, and express their support, to the family of the slain Palestinian infant Ali Dawabsha , 18 months of age, who was burnt to death when Israeli terrorists attacked their home with firebombs.

Dawabsha was burnt to death, while his four-year-old brother, mother and fathers, suffered serious burns.

The six Palestinians suffered mild injuries, while windows of the bus were shattered in the attack, in addition to other damages.

The bus carried Palestinians from various areas, in the southern West Bank district of Hebron.