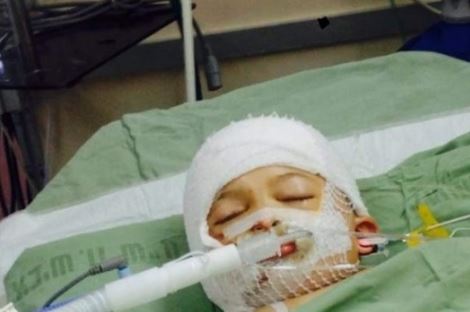 Palestinian Health Minister Jawad Awwad said that the wounded father, mother and brother of the 18-month old baby who was burned to death Thursday are still facing life-threatening injuries from the 3rd degree burns that they suffered in the Israeli terrorist attack against their home.Awwad said that the father Sa’ad, his wife Reham, and their son, Ahmad (4), are still in the Intensive Care Unit, and that despite a slight improvement in the condition of the child, they all remain in life-threatening conditions.

Their son, Ali Dawabsha, 18 months of age, was burnt to death when Israeli terrorists firebombed their home, late Thursday night, in Douma village, south of the northern West Bank district of Nablus.