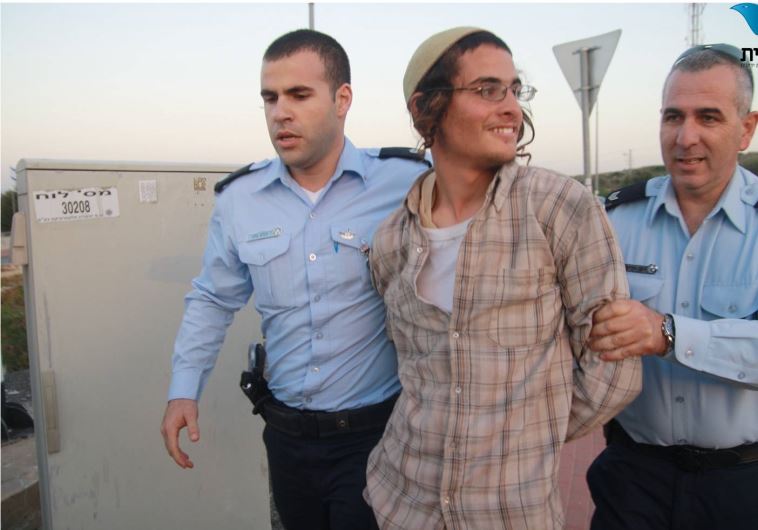 As Israeli investigators released their findings that a right-wing Jewish terrorist network is gaining power throughout Israel and illegal West Bank settlements, they detained Meir Ettinger, the grandson of the late Meir Kahane, but declined to charge him with the arson attack Thursday night that burned a baby to death and severely wounded his mother, father and 4-year old brother.Ettinger, 24, smiled and joked as he was taken into custody from a settlement in the northern West Bank, near where the attack on the family took place.

Meir Ettinger is the grandson of the late Rabbi Meir Kahane, who was known for his racism and incitement against Arabs, as well as direct involvement in violent racist attacks.

Ettinger’s arrest came five days after the attack, and is the only one so far, despite eyewitness accounts that at least four men were seen running from the village after setting the house on fire with a firebomb and spraypainting it with racist graffiti.

As Meir Ettinger was taken into custody, police investigators told reporters from Ha’aretz newspaper that they suspect the involvement of a right-wing network that is based in Yitzhar settlement, in the northern West Bank, and has planned and carried out dozens of terror attacks against Palestinians.

The group is also suspected of carrying out the arson that burned the Church of the Loaves and Fishes, a holy site for Christians, late last year.