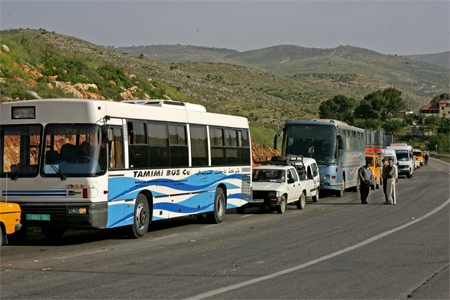 On Monday at midday, Israeli soldiers stationed at the Za’atara checkpoint in the northern West Bank shot and wounded a Palestinian youth.The teen, who has not yet been identified, was standing in line with dozens of other Palestinians when he asked to use the bathroom.

According to soldiers, the young man then attempted to run away. Soldiers shot him in the legs, causing moderate injuries.

The military has closed the checkpoint and is not allowing anyone to pass as of this report. The Za’atara checkpoint connects the central West Bank to the northern part of the West Bank, and its closure creates a chokehold for Palestinians trying to get to school, work or hospitals.

Two seventeen year old boys were shot and killed in separate incidents on Friday – one in Gaza, who was shot for getting too close to an Israeli-controlled ‘buffer zone’ at the Gaza-Israel border, and one in Ramallah at the Qalandia checkpoint.

The deaths of these two children at the hands of Israeli soldiers followed the burning to death of an 18-month old baby by Israeli settlers who threw a firebomb at his family’s home early Friday morning. The baby’s mother, father and 4-year old brother all remain in intensive care with severe burns all over their bodies.