Report on Settler Terrorism to be Submitted to Arab League 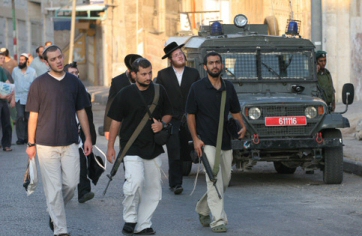 The settlers attack our people, homes, churches, mosques, trees and even poison our water. Not a single settler is currently imprisoned for the commission of such dreadful crimes, report said.

The report covers the period between January 01st – July 31st, 2015, including the burning and killing of Ali Dawabsha.

The report also provides details for the arson attack.

On the morning of July 31st, 2015, a group of settler criminals attacked and burnt down two Palestinian homes in Duma village in Nablus district. The family of Ma’moon Dawabsheh was not inside at the time its home was attacked, but the home of Ali Saed Dawabsha was burnt while the family was asleep inside.

As a result, baby Ali lost his life. Ali’s mother and father, Riham and Saad, and his four-year-old brother Ahmad suffered severe burns and remain in critical condition as a result of the same attack. The incident harkens back to July of last year when a 16 year old Palestinian child from Jerusalem, Muhammad Abu Khdeir, was kidnapped and burned alive by Israeli settlers.

It also mentions that only a few hours before the attack on Duma, the Israeli Channel 2 broadcast a report about a Jewish terrorist cell based in the occupied West Bank which had attacked the Church of Loaves and Fishes in Tiberias.The TV report revealed information about a compact disc found in the possession of the attackers:

The CD provided instructions for an “easy way to burn Arabs alive”; “First, break the glass windows using stones. Then continuously start throwing molotov cocktails. Then set tires on fire and place them on the exit points of the house, so no one escapes – so all are burnt alive”. This report was broadcast at primetime on a major Israeli TV network. This was a similar method used by the attackers when, hours later, they threw incendiary devices through the glass window of baby Ali’s room and throughout the house.

Only one-third (32.7 percent) of legal proceedings have ended in the full or partial conviction of the defendants. This means that the chance that a complaint submitted to the Israel police by a Palestinian will lead to an effective investigation, the location of a suspect, prosecution, and ultimate conviction is just 1.9 percent.

Israeli occupation authorities have established, and continue to consolidate, the illegal settlements and presence of settlers in the occupied West Bank. The Israeli government fuels the crimes of the settlers through hateful rhetoric and incitement against Palestinians. Israeli ministers have publicly called for the killing and dehumanization of the Palestinian people, and the Israeli legal and judicial system provides no legal recourse for victims of the horrific crime that results.

The report added that the State of Palestine holds the Israeli occupation’s government fully responsible for the daily terror attacks it carries out against the land and people of Palestine.

Israel grants impunity for the settlers, their leaders and their Knesset members and in the process many Palestinians continue to falls victims of cruel, inhuman and degrading acts carried out by settlers, often under the full protection of the Israeli military and security forces.

President Mahmoud Abbas formally called upon the international community last year to assume its responsibility to protect the Palestinian people under occupation. While the world preferred to ignore the Palestinian call, hundreds of attacks took place, with thousands being killed, injured and arbitrarily imprisoned.

“We once again call upon the international community to assume its responsibility to protect and to hold Israeli authorities responsible for their criminal acts. For peace to prevail, the culture of Israeli impunity must end.”