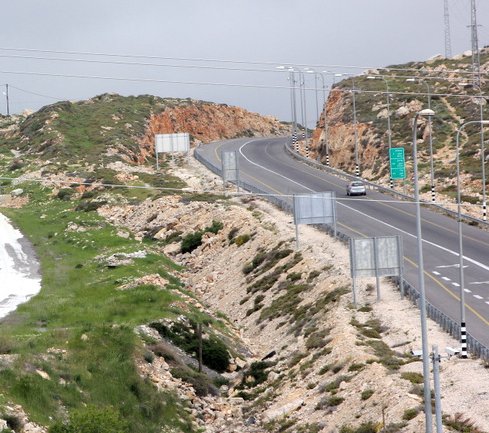 Israeli troops shot and wounded a Palestinian driver near Ramallah on Thursday after the car he was driving ran into two Israelis standing by the road. It’s unclear whether the striking of the Israelis was accidental or on purpose.Some reports of the incident say that the two people who were injured by the vehicle were soldiers, but that has not been confirmed by the army.

According to local sources, the Palestinian man was driving on a main road known as Route 60 in the central part of the West Bank near Ramallah, and was approaching the area near the illegal ‘Shilo’ settlement when his car hit two people.

Israeli soldiers then opened fire on the car, hitting it multiple times and injuring the driver, causing the vehicle to roll over, causing even more severe injuries to the driver.

All three were taken to hospitals for treatment.

The incident is under investigation, and it remains unknown whether the driver intentionally hit the Israelis or not.

According to the Guardian newspaper, ‘Since Israel’s separation wall was built…route 60 has become the sole route out of Ramallah to Nablus in the north and Jericho in the east. Only the few Palestinians who have Jerusalem ID cards and those with rarely bestowed Israeli permits can pass through the wall.

‘Mohammed Shtayeh, the Palestinian Authority’s minister for homes and public works until 2010, says the Israeli authorities’ refusal to allow the Palestinian Authority to repair and maintain roads running through Area C can be linked to a rise in road accidents in the West Bank. There were more than 5,400 road accidents in the West Bank in 2010 – four times as many as in 2006 – injuring more than 7,000 people.’

Parts of Route 60 are known to Palestinian residents as ‘the road of death’ because of the treacherous conditions – a 2012 bus accident of preschoolers on a field trip resulted in the deaths of nine kids.

Thursday’s incident on Route 60 follows an explosion in Gaza Thursday morning of an unexploded bomb left by Israeli troops, in which four members of the same family were killed, and 13 others were wounded.

In addition, the past week has seen numerous instances of Israeli settler violence against Palestinians, the most striking attack being the attack one week ago in which Israeli paramilitary forces threw a firebomb at a Palestinian home, burning to death an 18-month old baby and wounded his parents and brother so severely that they are expected to be in the Intensive Care Unit for a year.