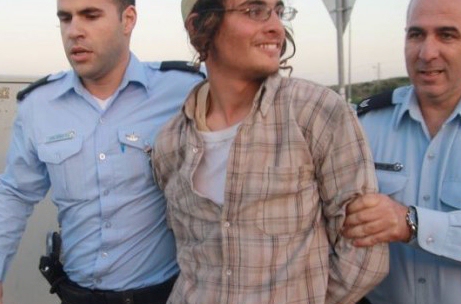 Following the arson attack, the Israeli police announced they were unable to identify the Douma arson attacker, and asked for help to find leads to the suspect.

However, the Knesset passed an “anti-terrorism” bill which allows six-months administrative detention of the attackers.

Haaretz said that one of those detained is 18-year-old Mordechai Meyer of Ma’aleh Adumim settlement. Meyer was jailed in Rimonim Prison for six months after an administrative detention order was issued against him. Defense Minister Moshe Ya’alon, who issued the order, said that Meyer was suspected of involvement in recent violence and terror attacks as part of a Jewish terror group.

Another detainee is Eviatar Slonim, suspected of belonging to an extremist group that sought to harm Arabs and replace the government in Israel with a Jewish kingdom. Slonim had been previously arrested on suspicion of setting fire to a Palestinian home in the South Hebron Hills in November 2014.

Last week, Israeli Channel 10 said that security sources have pointed the finger towards an illegal outpost in the eastern Shilo area in the West bank which, according to the sources, have “a history” of hostility with the Palestinian villages in the area.

While the police arrested far-right activist Meir Ettinger, he has not been named as a suspect in the attack, said i24.

Ettinger, whose grandfather Meir Kahane founded the racist anti-Arab movement Kach, was arrested on Monday “because of his activities in a Jewish extremist organization,” a spokesman for the Shin Bet internal security service told AFP.

The court prolonged the incarceration of Meir Ettinger until at least Sunday, judicial sources said.

Police said Ettinger, who is aged around 20, was suspected of “nationalist crimes” but did not accuse him of direct involvement in last week’s firebombing of a Palestinian home in the occupied West Bank, in which a toddler was burned to death.

Haaretz additionally reported that Ettinger was linked to last month’s arson attack on the Church of the Multiplication of the Loaves and Fishes on the shores of the Sea of Galilee. The church was damaged and two people injured.

In 2005, Schlissel told police that he was planning “to kill in the name of God” and that “such abomination cannot exist in Israel,” reported the BBC. He was later convicted of attempted murder and sentenced to 12 years in prison. During that attack, police said that Schlissel dodged in between marchers, stabbing at random until he was pinned down by the police.