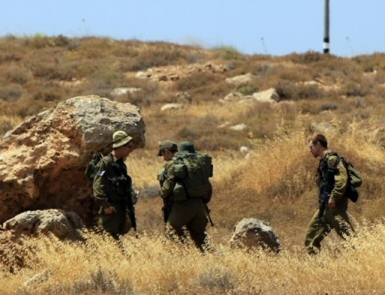 A Palestinian child was seriously injured, sunday, after an unexploded ordnance (UXO) left behind by the Israeli army exploded in the city of Hebron, according to a police statement.The statement said that the injury was caused by the explosion of a ‘suspicious device’ a child found and was playing with near one of the Israeli military camps in Hebron. The object exploded in the child’s face, causing him injuries and burned his hands and body.

The child, whose identity remains unidentified, was transferred to hospital for treatment, where his condition was described as serious.

According to WAFA correspondence, police officials asked all Palestinian families to warn their children about playing with suspicious objects and to immediately inform the authorities.

On August 6, four Palestinians were killed and around 30 others injured when an unexploded device left behind the Israeli army detonated in the southern Gaza Strip city of Rafah.

The Israeli army usually conducts drills in the occupied West Bank, especially in the Jordan Valley, after forcefully displacing dozens of local Palestinian families due to the proximity of their homes to the training sites.