After Doctors In Soroka Refused Force-Feeding, Allan To Be Moved To Barzilai 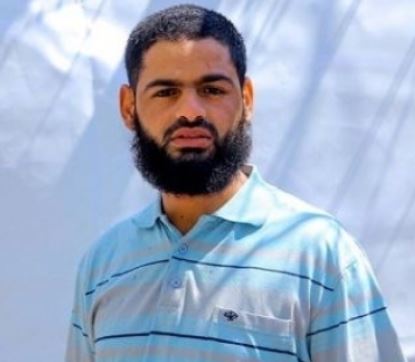 Hunger striking Palestinian detainee, Mohammad ‘Allan, will be moved to Barzilai Israeli Medical Center, in Asqalan (Ashkelon) after doctors in the Soroka Hospital refused to force-feed him.Israeli TV Channel 10 has reported, on Sunday evening, that the Prison Authority decided to move ‘Allan to Barzilai, as the administration, expressed willingness to force-feed him.

It added that Israeli Prime Minister Benjamin Netanyahu has also decided to build a special unit in Barzilai to force-feed hunger-striking detainees, without the need to deal with the Israeli Medical Association, and many physicians who refuse the practice of force-feeding.

According to Israel’s Ynet News online daily, physicians in Barzilai are trying to convince the hospital’s chief administrator to void his decision regarding moving ‘Allan to his hospital, as the detainee will likely be force-fed upon arrival.

After Israel demanded force-feeding ‘Allan, doctors in Soroka said they would not comply as the issue violates the patient’s rights, and International Law.

On its part, the Palestinian Detainees’ Committee said ‘Allan, who started his strike 58 days ago, said he will continue his strike until Israel ends his arbitrary Administrative Detention, without charges, and that he also stated he prefers to ‘either die in dignity, or live as a free man.’

Allan’s mother voiced an appeal to the Red Cross, various international human rights groups, and the Palestinian leadership to intervene, and said the Red Cross never visited her son even after 58 days of hunger strike.

Arab Member of Knesset Hanan Zoabi of the United Arab List, said she visited Allan, who is facing a serious condition, in addition to deafness in his left ear, and weak vision.

On Thursday, 30 July 2015, the Israeli Knesset passed in the second and third readings an amendment to the so-called ‘Law to Prevent Harm of Hunger Strike’ allowing force-feeding of prisoners.