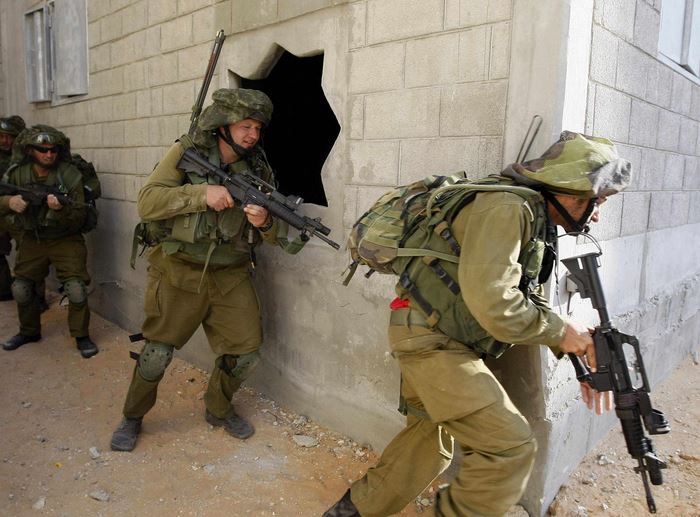 The soldiers also interrogated a number of Palestinians in the invaded homes; two of them have been identified as Mohammad an-Nasra and his son Hani.

The army also invaded various neighborhoods in Hebron city, installed roadblocks on the main entrances of Sa’ir and Halhoul towns, before stopping and searching dozens of cars, and interrogated many residents while inspecting their ID cards.

In Bethlehem, soldiers invaded the Deheishe refugee camp, south of the city, and handed Karam Nasri Abedrabbo a military order for interrogation in the Etzion military base, south of Bethlehem.

The invasion into the refugee camp led to clashes between local youths and the soldiers; the army fired gas bombs and concussion grenades, causing many Palestinians to suffer the effects of teargas inhalation.