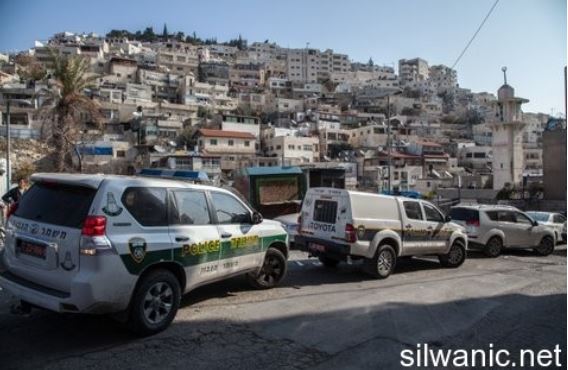 Palestinian researcher in settlement affairs, Ahmad Sob Laban, has reported that the Israeli colonization organization “Ateret Cohanim”, based in the Muslim Quarter in occupied Jerusalem, has presented a construction plan to the Jerusalem City Council, in preparation to build a new illegal colony near Bet Yonatan colony, in Silwan town, in occupied East Jerusalem.Sob Laban said the new plan aims to construct three outposts, each composed of four floors, in addition to expanding the road between Bet Yonatan (illegally installed on Palestinian property in 2004) and the new outpost, which would also be built on illegally-seized Palestinian property adjacent to Bet Yonatan.

He added that Silwan, especially Batn al-Hawa neighborhood, is facing serious threats from Ateret Cohanim, an organization that is responsible for the construction of 71 illegal outposts in the Old City, in both the Muslim and Christian Quarters, since 1967.

The official also said that Batn al-Hawa became a target for colonization in 2004, when Bet Yonatan was illegally established in a building consisting of six floors through forged sale documents, while at the same time the organization established another outpost, known as Beit al-‘Asal, in the heart of the neighborhood.

Last year, Ateret Cohanim managed to control two residential buildings, each composed of ten apartments, and a plot of land in Batn al-Hawa, after Israel removed the owners, the Abu Nab Family, and Palestinian renters of the apartments, allegedly because ‘the land it was built on used to contain a synagogue, and was inhabited by Jews, before 1948.’

He also stated that various members of the Abu Nab family have been evicted, and now danger looms for two remaining family members (Abu Jawad and Abdullah Abu Nab.)

He added that Ateret Cohanim is still trying to evict dozens of families by taking control of more than 100 properties inhabited by nearly 1300 Palestinians, and that nine families have already received eviction notices.

Israel’s colonization activities in occupied Jerusalem, and the rest of occupied Palestine, come in direct violation of International Law, and the Fourth Geneva Convention, to which Israel is a signatory.