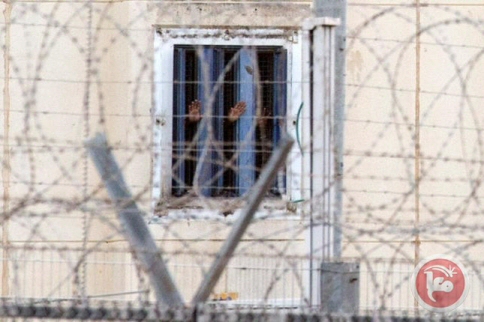 A lawyer representing hunger-striker Muhammad Allan lodged an urgent request to Israeli authorities on Thursday, urging them to consider his release due to his deteriorating health, a prisoners’ committee said.Abir Bakir’s request said that Allan’s health was reaching a critical condition including the loss of sight and hearing, the Palestinian Prisoners’ Committee said.

On July 30, the Israeli parliament approved a law allowing prisoners on hunger strike to be force fed if their condition becomes life-threatening, sparking criticism from rights groups and medical experts.
A week after the law was passed, Israeli authorities announced that Allan may be force-fed if his health continued to deteriorate to the point in which his life was in danger.

Allan’s doctors announced at the time that they would refuse to partake in the procedure, which international bodies have likened to torture.

The Israeli Medical Association called the law ‘damaging and unnecessary,’ stressing that its doctors would ‘continue to act according to medical ethics, which prohibit doctors from participating in torturing prisoners.’