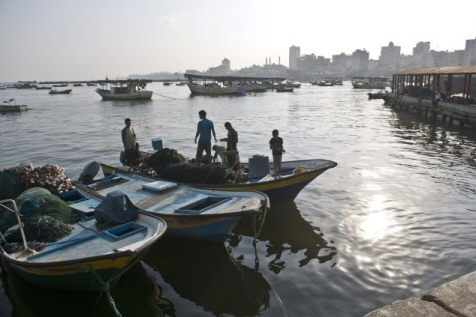 No injuries were reported, but some of the boats were hit with gunshots, causing the fishermen to return to shore.
Israeli forces have repeatedly opened fire on Palestinian fisherman and farmers since the ceasefire agreement, signed on August 26 of last year, which ended a devastating 50-day Israeli military offensive against the Gaza Strip.

The attacks come despite Israeli promises at the end of the ceasefire to ease restrictions on Palestinian access to both the sea and the border region near the ‘security buffer zone.’

At least three Palestinian fishermen have been shot dead by Israeli forces since last September.

However, the zone’s exact limits remain ambiguous and rights groups say Israeli authorities have not respected the agreement.