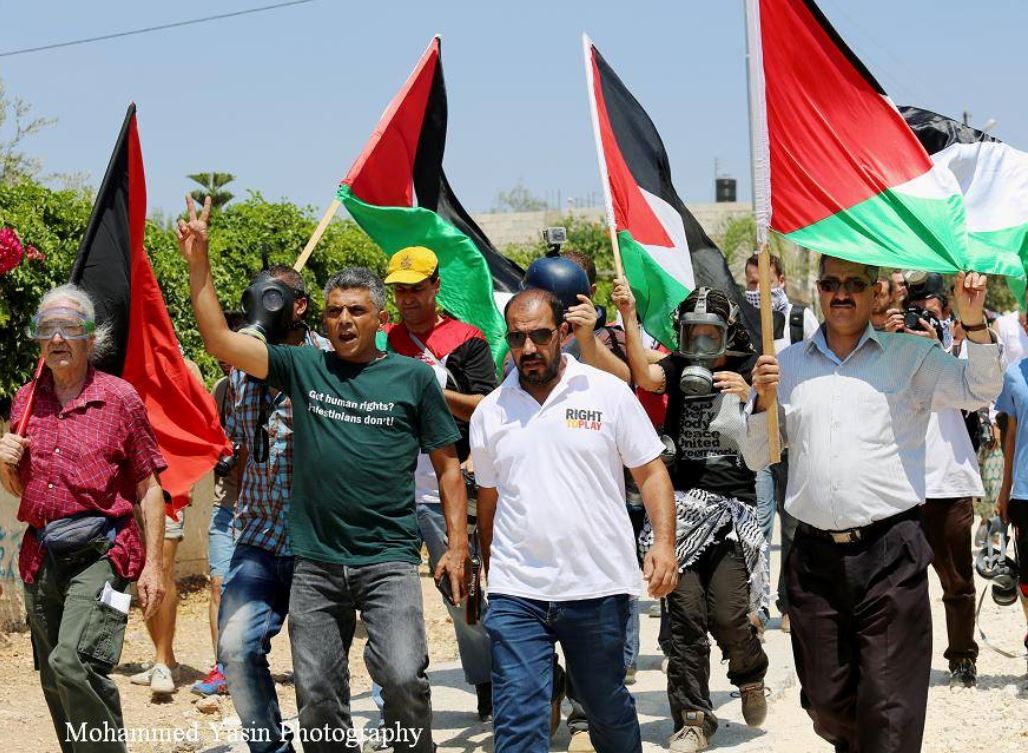 Israeli soldiers used excessive force against nonviolent Palestinian, Israeli and international peace activists, during the weekly protest against the Annexation Wall and colonies, in Bil’in village, near the central West Bank city of Ramallah; scores of residents injured.The protesters marched carrying Palestinian flags and posters against the illegal Israeli occupation, its ongoing aggression against the Palestinians and their lands, and also chanted in solidarity with all political prisoners, especially Mohammad ‘Allan, who fell into a coma following sixty days of hunger strike demanding ending his arbitrary Administrative Detention, without charges.

They called for the release of all political prisoners, held by Israel, and for protecting the Palestinian children facing ongoing crimes by the soldiers and extremist Israeli colonizers.

It is worth mentioning that, for the first time, the army used a drone to film the protesters without approaching them.

Abu Rahma called on the Palestinian, Israeli and international activists to participate in the central protest, Saturday, in Douma Palestinian village, where Israeli terrorists firebombed a Palestinian home, as the family slept, burning to death an 18-month-old baby , and his father, Sa’ad Dawabsha, who died later of his serious burns; the mother and their 4-year-old child are in serious conditions. 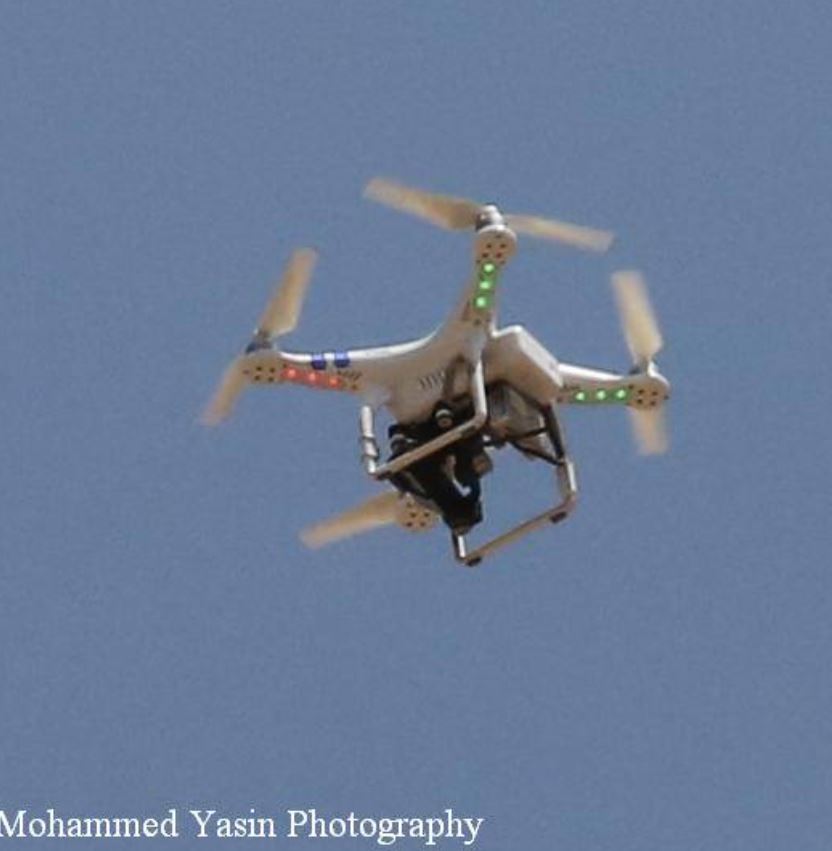 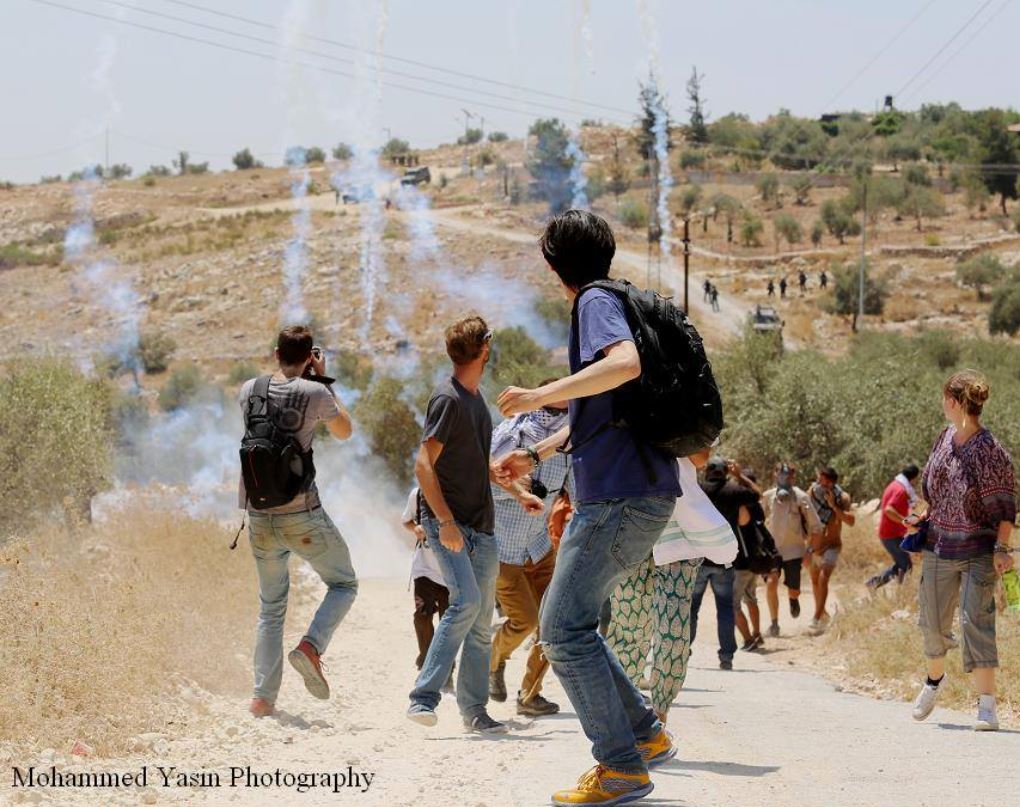