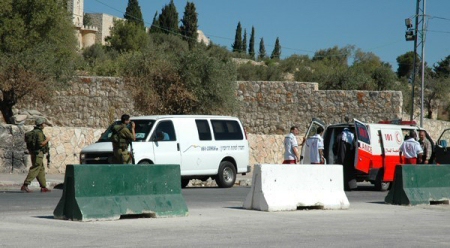 An Israeli settler, on Sunday, ran over a Palestinian child in Yatma village, to the south of Nablus, and fled the scene, according to the PNN.Security sources said that a settler ran over 10-year-old Mohammed Mustafa Najjar, causing him a fracture in his right leg. The child was moved to Rafidia hospital in Nablus for treatment.

WAFA reports that, so far, it was not clarified whether the incident was an accident or driven by nationalist motives, given the series of incidents carried out by extremist Jewish settlers against Palestinians and their properties in the occupied West Bank during the past years.

Only two weeks ago, Israeli extremists set fire to a house in Douma, to the south of Nablus, burning 18-month-old Ali Dawabsha to death and critically injuring his entire family, including his father, who succumbed to his critical wounds after a week of fighting for his life in Israeli hospitals.

As anticipated by the Israeli human Rights Center, B’Tselem, following the Douma crime, the center said that, “the clock is ticking in the countdown to the next arson attack, and the one after.”

According to B’Tselem statistics, in the past three years alone, Israeli civilians set fire to nine Palestinian homes in the West Bank. Additionally, a Molotov cocktail was thrown at a Palestinian taxi, severely burning the family on board. No one was charged in any of these cases.

“In recent years, Israeli civilians set fire to dozens of Palestinian homes, mosques, businesses, agricultural land and vehicles in the West Bank. The vast majority of these cases were never solved, and in many of them the Israeli Police did not even bother take elementary investigative actions,” the center says.

“Palestinians are left unprotected not due to any lack of legal means, but because the authorities employ an unofficial yet longstanding policy of leniency and lack of law enforcement on violent settlers.”