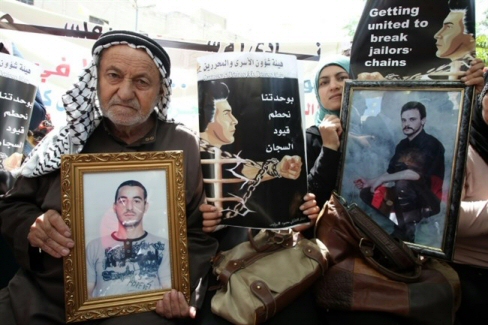 According to Ma’an, they said that it was an attempt to conceal Allan’s state of health, and that it indicated Netanyahu’s ‘intention’ to allow Allan to die.

Netanyahu’s chief spokesperson, Mark Regev, said he could not confirm whether Netanyhu had interfered, but added that he ‘did not know that to be true.’

Dr. Abdeen was selected by the PA Prisoners’ Affairs Committee and the Ministry of Health after Palestinian members of the Israeli Knesset requested that a Palestinian doctor be allowed to examine Allan.

Allan, who is a lawyer from the West Bank village of Einabus, has been on hunger strike 62 days.
He slipped into a coma on Friday after his health deteriorated sharply, and Barzilai Medical Center has since connected him to ventilators and is giving him fluids and sodium intravenously.

The medical center has suggested it might make use of a controversial new Israeli law to force feed him.

Allan went on hunger strike to protest his administrative detention — internment without trial or charge — which he has been held under since November.