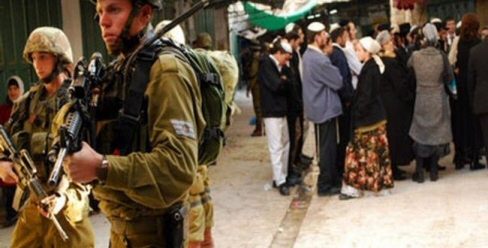 Israeli settlers, Tuesday morning, have brutally assaulted a girl and a youth in the old city of Hebron, causing them both wounds. The settlers stoned little girl named Farah Abu-Sneineh, near the Ibrahimi Mosque in Hebron, causing her bruises and injuries.

The girl was treated on the spot by paramedics.

The settlers beat him severely causing him wounds, and he was rushed to the Hebron Governmental Hospital for treatment.

Soldiers kidnapped a number of youth from the Hebron district, including towns of Halhul, Bani-Nu’aim and Si’ir.Among the arrested were three children from Si’ir village, aged 14.