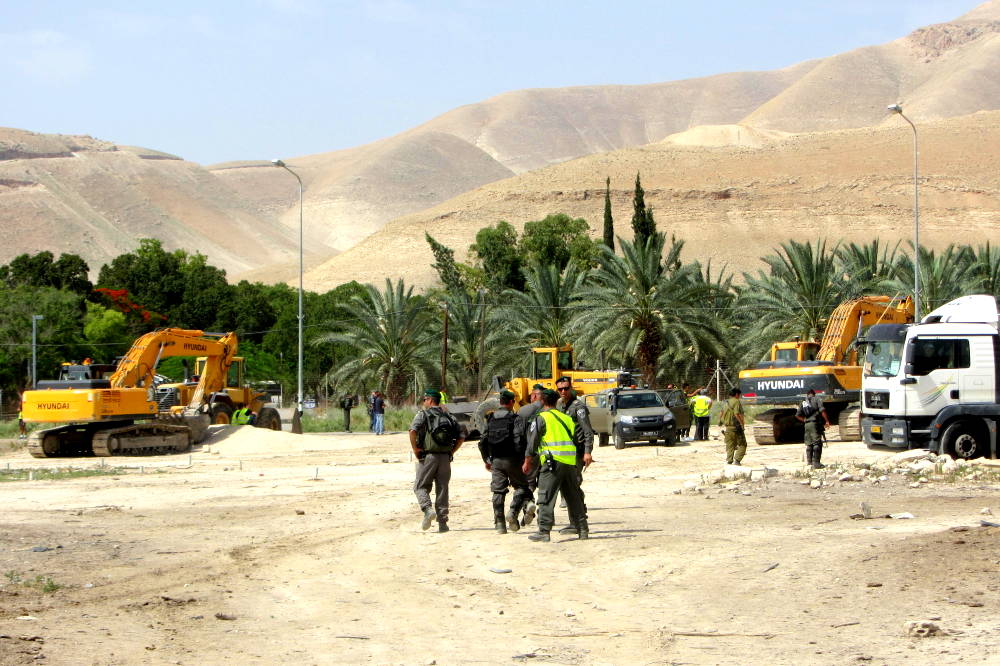 Israeli troops demolished on Tuesday 12 tents owned by Palestinian Bedwens in Al Fasayel area in the Jordan Valley. Another four structures were demolished by the army in the nearby Al Ma’aber area. The army said that the structures were built without the needed permission. The Jordan valley is marked as areas C that is under total Israeli occupation control.

Permissions to build homes or tent are never given to Palestinian landowners and water is mainly taken to nearby illegal Israeli settlements that the army allows to keep being built and enlarged.

According to Palestinian sources invasions and kidnappings were reported in Hebron city, southern West Bank, the central West Bank city of Ramallah and nearby Jerusalem.