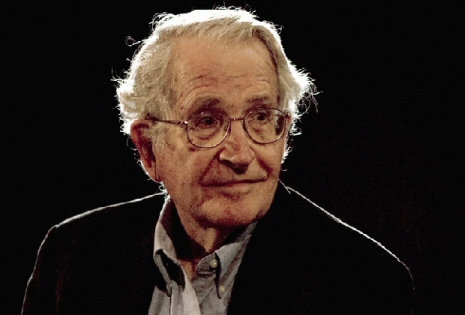 Famous American linguist Noam Chomsky has described the actions of the Israeli occupation in Palestine as “worse than South African apartheid”.“In the Occupied Territories, what Israel is doing is much worse than apartheid,” Chomsky says, according to Days of Palestine. “To call it apartheid is a gift to Israel, at least if by ‘apartheid’ you mean South African-style apartheid.

“What is happening in the Occupied Territories is much worse. There is a crucial difference. The South African Nationalists needed the black population. That was their workforce…

“The Israeli relationship to the Palestinians in the Occupied Territories is totally different. They just do not want them. They want them out, or at least in prison.”

He described listening to the American mainstream media, such as CBS, like listening directly to the Israeli propaganda agencies. “It is a shameful moment for US media when it insists on being subservient to the grotesque propaganda agencies of a violent, aggressive state [Israel],” he said.

Chomsky accused the United States of continuing to provide the decisive support for the [Israeli] atrocities against the Palestinians.

“When what is called Israeli jet planes bomb defenceless targets in Gaza, that is US jet planes with Israeli pilots,” he said. “And the same with the high-tech munition and so on and so forth. So this is, again, sadism masked as compassion. Those are the actions.”

In a long interview with Democracy now, Chomsky insisted that the US is a violent state and is it exporting violence to other countries like the Israeli occupation.