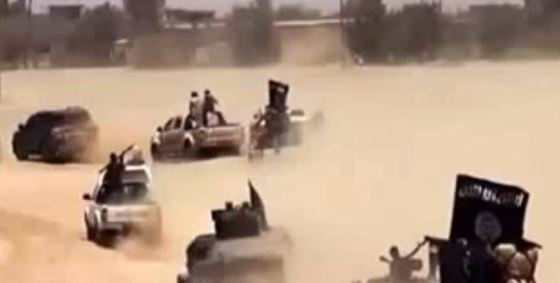 Senior Egyptian Security sources said the investigations are still ongoing regarding the abduction of four Hamas members, after ISIS affiliated fighters stopped a bus heading from Egypt’s Rafah to the al-‘Arish, several days ago, and abducted them.The sources said gunmen of Ansar Beit al-Maqdis group, that pledged allegiance to ISIS, have abducted the four Palestinians in an attempt to pressure the Hamas movement, and its security forces in Gaza, to stop the crackdown on ISIS supporters.

The group also wants to Hamas to stop any future crackdown or arrests in the Gaza Strip.

Egyptian security sources said indirect negotiations on the fate of the abducted Palestinians started late on Wednesday at night, through Egyptian mediators.

They added that initial investigations revealed that the four were taken to the at-Tuma village, southwest of Sheikh Zweid area, and that the abductees are held in a fortified underground bunker, dug by Ansar Beit al-Maqdis.

The gunmen are threatening to kill the four Hamas members, should the movement refrain from adhering to their demands.