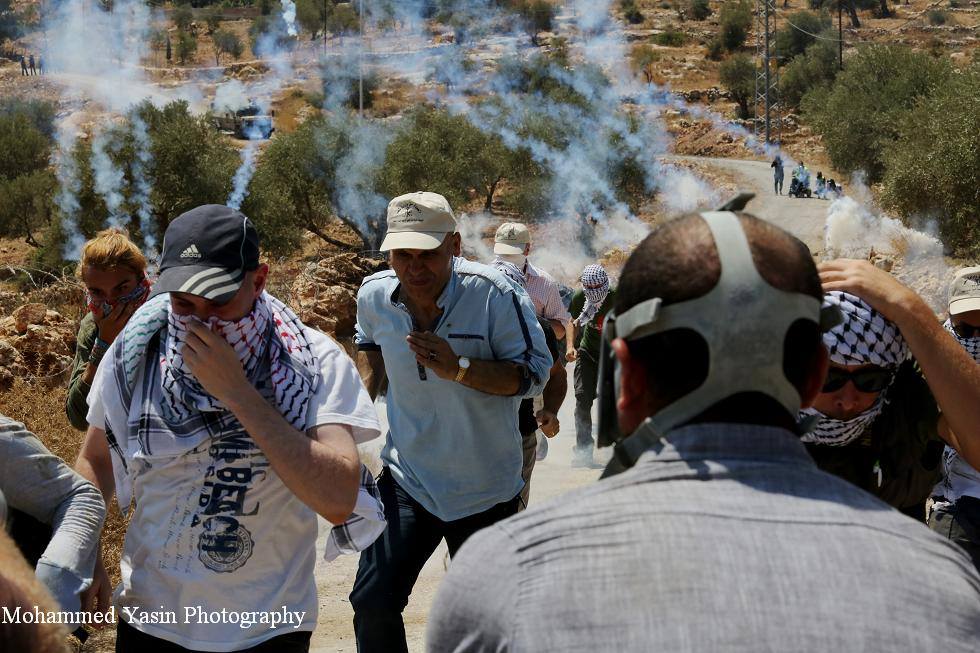 Coordinator of the Popular Committee against the Wall and Settlements in Bil’in village, near Ramallah, Rateb Abu Rahma, has reported that dozens of nonviolent protesters suffered the effects of tear gas inhalation, after Israeli soldiers assaulted them, during the weekly protest.Abu Rahma said the soldiers fired a barrage of gas bombs and concussion grenades on the nonviolent Palestinian, Israeli and international protesters, causing many to faint, while others suffered severe effects of tear gas inhalation.

This week, the protest in Bil’in comes in solidarity with all hunger striking Palestinian detainees held by Israel, and to demand Tel Aviv to reroute the Annexation Wall, as it illegally confiscates and isolates hundreds of Dunams of Palestinian orchards and farmlands, in the central West Bank District of Ramallah.

Medical sources said dozens of residents, including many children, suffered the effects of tear gas inhalation, especially since the soldiers also fired gas bombs directly at a number of homes.

The soldiers also fired rubber-coated metal bullets, and withdrew from the town later. 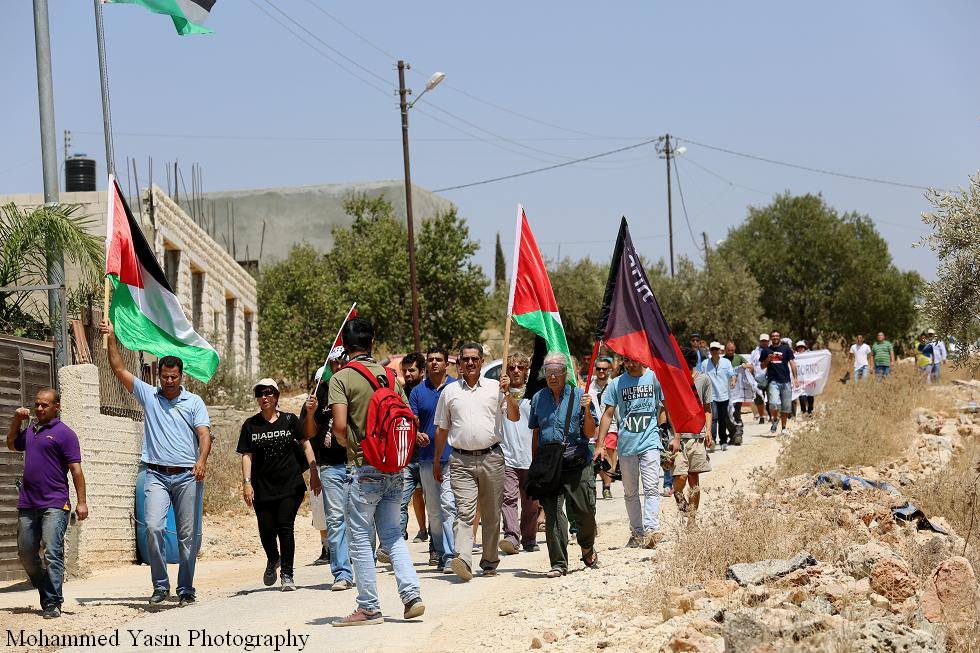