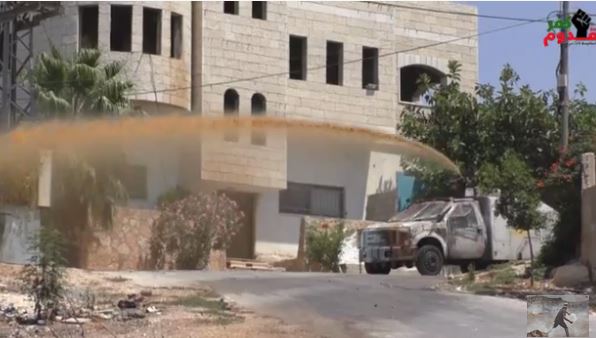 Palestinian medical sources have reported that four residents were injured Friday, after Israeli soldiers attacked the weekly nonviolent protest in Kufur Qaddoum town, near the northern West Bank city of Qalqilia. The protesters, accompanied by international activists, marched through the village, demanding that Israel open the main village road that was blocked by the army 13 years ago in order to enable easy access by Israeli colonizers to the Kedumim illegal colony, built on Palestinian lands.

Coordinator of the Popular Committee against the Wall and Settlements in the town Morad Eshteiwy said a large military force invaded Kufur Qaddoum before noon prayers, and fired a barrage of rubber-coated metal bullets.