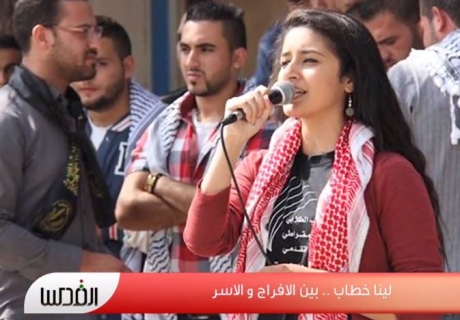 The 11-minute film, in Arabic with English subtitles, covers Lina’s arrest, abuse by occupation soldiers, Israeli military trial, struggle and her freedom, and her ongoing involvement in the struggle for the freedom of Palestine, its land and people.

Abed is a filmmaker whose work has been accepted at multiple film festivals in the region and has received awards for his filmmaking from several Palestinian municipalities; he is currently directing ‘Let Me Live’.

Samidoun is a network of organizers and activists, based in North America, working to build solidarity with Palestinian prisoners in their struggle for freedom.