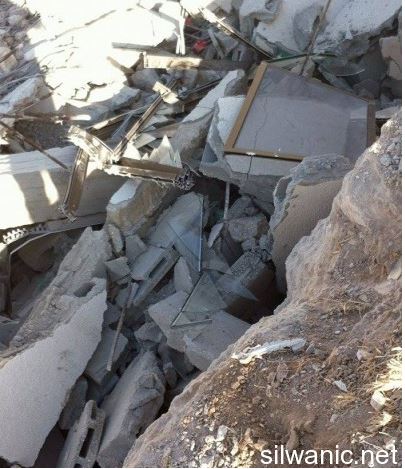 Several Israeli police and army vehicles invaded, on Tuesday morning, Jabal al-Mokabber village, in occupied East Jerusalem, and demolished two homes belonging to Mohammad Sa’id al-‘Abbassi and his brother Khaled.Mohammad told the Wadi Hilweh Information Center that he, and his brother, started the construction of their homes nearly 45 days ago, and were getting ready to inhabit them in the coming few days. The homes were supposed to house two families of nine members.

He also stated that the families were in the process of obtaining all needed documents for official permits.

The demolition took place after a large military and police force surrounded the village, and invaded it approximately at 5:30 in the early morning, before demolishing the two homes.

Last March, the police demolished the foundation of a building belonging to the al-‘Abbassi family, in the same area.