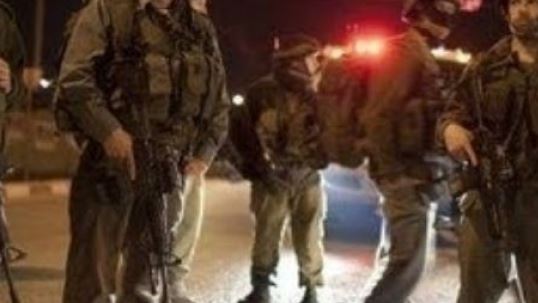 Palestinian medical sources have reported that a young man was shot and injured, , on Friday at dawn, and four others have been kidnapped, after dozens of soldiers invaded the Qalandia refugee camp, north of occupied East Jerusalem.The Qalandia Media Center said a large military force, accompanied by armored vehicles and trucks, invaded the camp before breaking into several homes, including homes of political prisoners, and violently searched them.

The soldiers also occupied rooftops of a number of homes and tall buildings, and used them as monitoring towers.

The Israeli army said the invasion was carried out after shots were fired, on Thursday evening, targeting the monitoring tower of the Qalandia Terminal, and that the shots came from the ar-Ram neighborhood.