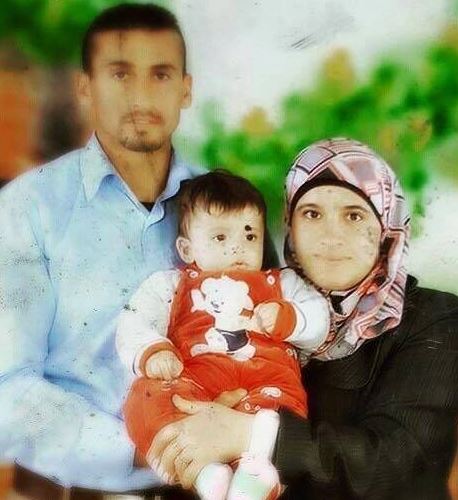 Israeli media sources have reported that Reham Dawabsha died of her serious wounds, shortly after midnight on Sunday night, after a deterioration in her health condition, despite a slight improvement earlier in the day. Her child was burnt to death in the attack, her husband died of his wounds later, and her other child, Ahmad, 5, suffered second-degree burns to 60% of his body. Dr. Mohammad Dawabsha told the Maan News Agency that doctors at the Israeli Hospital called him before Reham died, telling him that she might pass away at any given moment due to a sudden collapse in her health condition.

Reham, 27 years of age, suffered serious burns after Israeli terrorists firebombed her home, in Douma village, near the northern West Bank city of Nablus, on July 31st, as the family slept.

The firebombing of the home caused the death of her child, Sa’ad Dawabsha was seriously injured, and died of his wounds on August 8th.