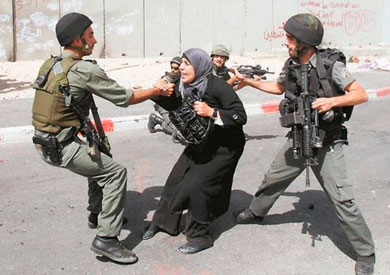 Israeli soldiers have kidnapped two Palestinian women, one from her home near Ramallah, and another while visiting her brother, held by Israel in the Nafha Israeli prison.Media sources have reported that the soldiers invaded al-Biereh city, near the central West Bank city of Ramallah, and kidnapped Najwan Odeh, 33, after breaking into her home and violently searching it.

In addition, the Palestinian Prisoners Society (PPS) has reported that the soldiers kidnapped a Palestinian woman, Sunday, from the northern West Bank city of Qalqilia, while visiting her brother, imprisoned by Israel at the Nafha prison.