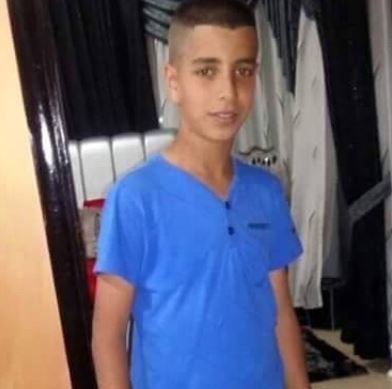 Israeli soldiers invaded, earlier on Monday, a number of Palestinian communities in occupied East Jerusalem, searched several homes, and kidnapped five Palestinians, including three children between the ages of 12 and 15.The Wadi Hilweh Information Center (Silwanic), in Silwan town in occupied East Jerusalem, has reported that the soldiers broke into, and violently searched, several homes in the al-‘Isawiyya town, and the Old City, before kidnapping the five Palestinians, and took them to an interrogation facility.

The soldiers kidnapped Issa Farawy, 13 years of age, and Nasri Farawi, 15, from their homes in the Old City, after searching their families’ homes, causing property damage.

Mohammad Abu al-Hummus of the Follow-up Committee in the al-‘Isawiyya town, said the soldiers also invaded and searched several homes in different parts of the town, and kidnapped ‘Aziz Ghassan ‘Oleyyan, 12 years of age, Mohammad Ibrahim ‘Oleyyan, 19, and a young man identified as Mahmoud Mustafa.

Abu al-Hummus added that, late on Sunday at night, the soldiers invaded the town, installed a monitoring tower and a surveillance balloon, on the main entrance of the town, while dozens of soldiers were deployed in the area.

Earlier on Monday at dawn, several army vehicles invaded Teqoua’ town, and Nahhalin village, in the West Bank district of Bethlehem, violently searched a number of homes, and summoned five Palestinians for interrogation.

The five have been identified as Yousef Jamal Sabah, 16, Mahmoud Salem Mahmoud, 16, and Samir Salem Sabah, 16, from Teqoua’, in addition to Mohammad ‘Ezzat Shakarna and his son, ‘Ezz, in Nahhalin. They were ordered to head to the Etzion base for interrogation.