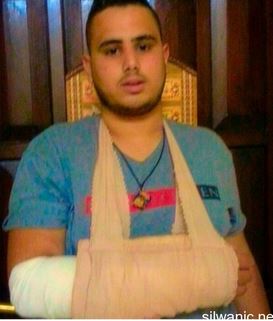 A Palestinian teenager was attacked, on Tuesday morning, by a number of Israeli extremists, while heading to his work in West Jerusalem, and suffered various cuts and bruises.The Wadi Hilweh Information Center in Silwan (Silwanic) in occupied Jerusalem said three assailants, chased Mustafa Jamil al-Hashlamoun, 18 years of age, before one of them struck him with a baton, and the three proceeded to assault him.

Silwanic stated that young Palestinian managed to escape during the attack, and went to his workplace, suffering various cuts and bruises, in addition to sharp pain in his right arm.
hurled stones on a Palestinian home in Deir Estia town, west of the central West Bank city of Salfit, causing property damage and anxiety attacks among the children.