Ashrawi: ‘Israel is in the business of creating refugees, not providing them with a safe haven.’ 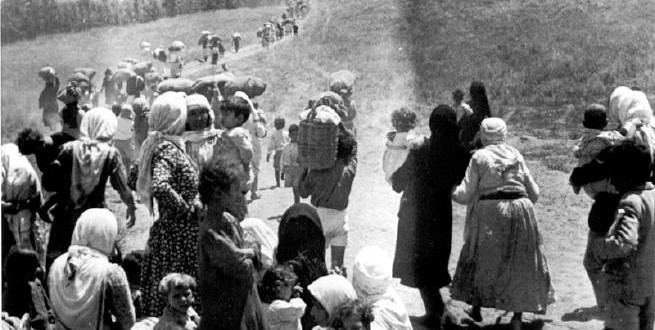 “Israel is in the business of creating refugees and ethnic cleansing; it bears a moral responsibility for the plight of the Palestinian refugees and the grave injustices of the past.’According to the PNN, Ashrawi called on all members of the international community, in particular the United Nations, to support efforts to bring the Palestinian refugees to Palestine. “Israel should not be allowed to prevent us from welcoming the refugees to their rightful homeland,” Ashrawi added.

The executive also expressed gratitude to Germany and Austria for their selfless efforts in alleviating the humanitarian refugee crisis and providing a safe haven for the refugees from Syria. “It is our hope that other countries will follow suit in light of this devastating situation.”

Both parties discussed the latest political developments and the postponement of the Palestinian National Council meeting, and Dr. Ashrawi stressed the importance of national unity and elections and the need to activate and rejuvenate the PLO and all of its institutions.

She also said that “Gaza has to be dealt with in conjunction with the West Bank. They are one territorial unit.”

Dr. Ashrawi provided an assessment of the drastic conditions on the ground and said, “Israel is deliberately destroying the two-state solution. Israel must be held accountable with sanctions and punitive measures. If the international community does not undertake serious initiatives to create a new political horizon, the future for the Palestinian people will be extremely bleak and the region will be plunged into severe violence and chaos.”

The meeting also stressed continued coordination and cooperation, with enhanced consultations on issues of mutual interest.