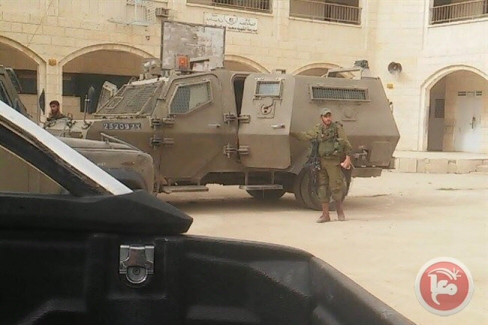 Israeli forces entered the Bethlehem-area town of al-Khader, on Tuesday, and attempted to raid a school, in order to confiscate footage from one of its surveillance cameras, a Palestinian official said.PA Minister of Education, Sabri Seidam, told Ma’an that Israeli forces raided the Said al-Aas school, near the apartheid wall.

The school was closed and had no students or teachers on the premises, at the time of the raid.

Israeli and Palestinian liaison officials arrived at the scene, in addition to military forces, with Israeli forces eventually withdrawing from the area.