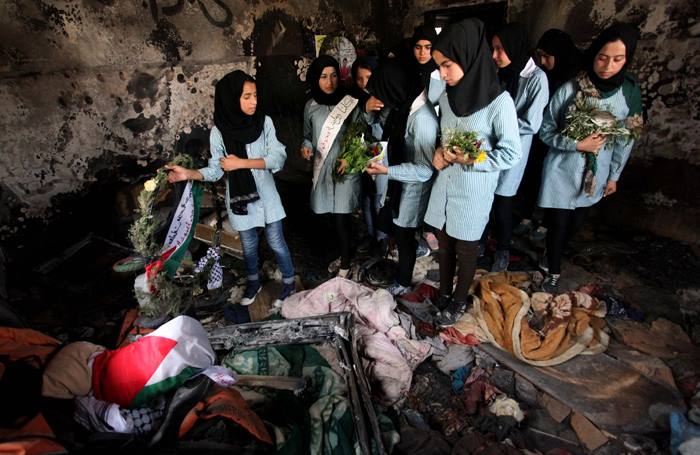 Palestinian medical sources have reported that three residents were injured, on Tuesday evening, after Israeli extremists hurled stones at their car, while the residents were driving back home in Jenin after paying their respect at the mourning home of the Dawabsha family in Nablus.The sources said the wounded Palestinians have been identified as Burhan ‘Amsha al-Atrash, Taiseer Rashid al-Atrash, and Mohammad Hussein al-Atrash.

The three are family members of Mohammad Bassam al-Atrash, 26, who was killed by Israeli army fire, on the Za’tara roadblock south of Nablus, last month.

The wounded Palestinians were moved to the Jenin Governmental Hospital suffering moderate-but-stable wounds.

On Tuesday morning, a Palestinian teenager was attacked by a number of Israeli extremists, while heading to his work in West Jerusalem, and suffered various cuts and bruises.

Thousands Attend Funeral of Reham Dawabsha, Mother of 18-month old Baby who was Burned to Death