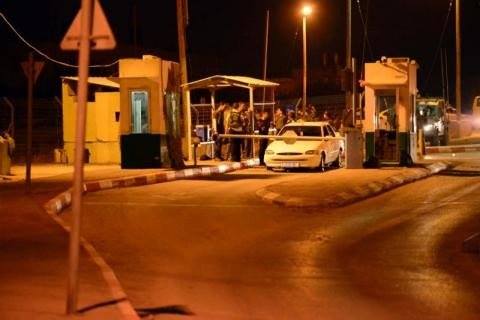 Israeli soldiers closed, on Tuesday evening, the Container Roadblock, north of Bethlehem, and searched dozens of cars while inspecting the ID cards of the passengers. The army also invaded al-‘Obeydiyya town, northeast of Bethlehem.Eyewitnesses said the soldiers closed the roadblock, causing a huge traffic jam, especially since it is located on the main intersection that links the southern part of the occupied West Bank with the central and northern parts.

They added that the soldiers searched dozens of cars without any cause of justification, and examined the ID cards of scores of Palestinians. The army later opened the roadblock.

Soldiers drove around in the invaded area, and withdrew later, no arrests reported.