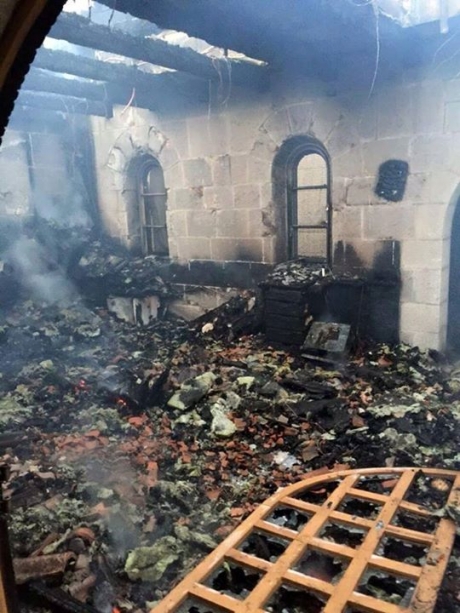 The Israeli Tax Authority has rejected a claim for compensation by officials of the Catholic Church demanding compensation for the burnt Church of Multiplication of Loaves and Fishes, which was burnt which was burnt in an Israeli terrorist arson attack, last June.Israeli Channel 2 has reported, Wednesday, that tax officials, who visited the burnt historic Christian church, where according to Christianity Jesus Christ multiplied loaves and fishes, have decided that the assault ‘was not a terrorist attack.’

Rejecting to label the attack on the Christian church in the Galilee as a terrorist attack means that the Israeli government has no obligation to pay any compensation, as Israel only pays compensation to victims of attacks it deems as terrorist.

The decision of the Tax Authority even ignores statements by senior Israeli officials, including Prime Minister Benjamin Netanyahu and Defense Minister Moshe Ya’alon, who both labeled it as a terrorist attack.

Israel apprehended and charged
three Israeli Jewish extremists, believed to be responsible for the attack, and for writing racist graffiti saying, ‘Idols will be cast out.’

The church filed a request for compensation for damages, but their appeal was denied.

The ‘Times Of Israel’ quoted Amir Cohen, a tax authority official, saying that he was not convinced the attack on the church was politically motivated.

Cohen said, ‘the charges filed against the three Israeli suspects state that their attack carried a religious motivation,’ and ‘was based on religious hatred of Christians.’

In light of these ‘findings,’ and statements, the Tax Authority absolved itself of any financial responsibility, as the law only requires the state to pay compensation for victims of war and terrorism.

It said the attackers believe that the expulsion of Christians is a commandment, as they consider them ‘idolators.’

Christian officials urged Israeli President Reuven Rivlin, who visited to the burnt historic church before his visit to the Vatican a week go, to resolve the matter.

Rivlin contacted that Israeli Government Secretary’s office, which, according to the Israeli paper, said it would ‘find a solution.’

Catholic Assembly Condemns Burning Of The Loaves And Fishes Church 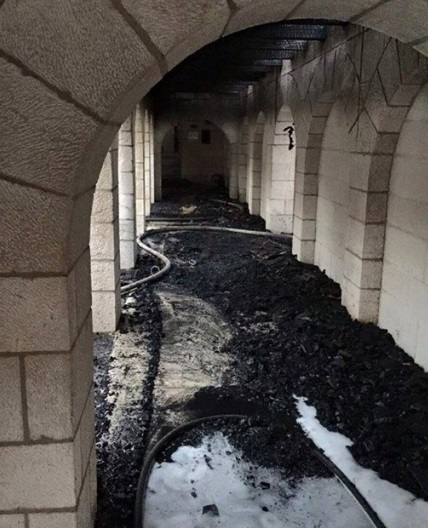