Palestinian Teen Injured By Army Fire In Jerusalem, One Kidnapped 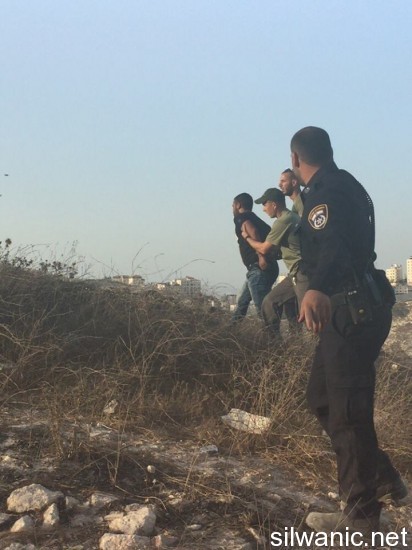 Medical sources have reported, on Tuesday at night, that a Palestinian teen was shot and injured by live Israeli army fire in the al-‘Isawiyya town, in occupied Jerusalem, before the soldiers kidnapped his friend.Nasser Fasfous, spokesperson of the Fateh Movement in Jerusalem, said Hamza Houshiyya, 17, was riding in a car with his friend, when the soldiers opened fire on the vehicle.
Houshiyya was injured in the head and leg, and his friend was kidnapped.

Fasfous added that the soldiers later summoned the wounded child’s father for interrogation, and only informed the family their child was moved to an Israeli hospital, without providing further details on his health condition.

Also on Tuesday at night, a child identified as Sally Yousef Mheisin, 13 years of age, was shot with a rubber-coated steel bullet in her neck.

In addition, soldiers kidnapped a child, identified as Moath Ahmad Sayyad, 12, in at-Tour town in Jerusalem, and confiscated the ID card of Ahmad Jabber abu al-Hawa.

On Tuesday evening, a young man was shot in the head, and eight others suffered mild-to-moderate wounds, during clashes with Israeli soldiers in the Qalandia refugee camp, north of Jerusalem.