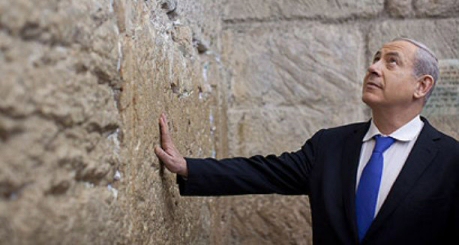 According to Israeli media reports, Israeli Prime Minister Benjamin Netanyahu announced, at the start of an emergency meeting of ministers and security officials held earlier today, a toughening of the penalties for stone throwers.“It has been decided to toughen the measures in many areas; a modification of the rules of engagement will be examined as well as the establishment of a minimum penalty for those who throw stones,” Netanyahu said at the beginning of the meeting, adding that “on the day before (Jewish) New Year, it has been proved once again that stones can kill,” referring to the death of the Israeli driver who lost control of his car after apparently being hit by stones in Jerusalem, on Sunday.

“These kinds of activities will be met with a very fierce punitive and deterring response,” said Netanyahu, according to the PNN.

The government agreed to establish mandatory minimum penalties for those who “endanger human lives by throwing stones, fire-bombs and explosives.” It was also added that there would be “heavy fines” for minors who commit such offences, as well as for their parents.

“We will not allow any party whatsoever, whether it does so at its own instigation or if it does so in an organized manner, to disturb the lives of the citizens of the State of Israel,” said Israel’s Defense Minister Moshe Ya’alon.

According to Israeli sources, Netanyahu is about to visit sensitive areas of Jerusalem.

Meanwhile, the Israeli police are reportedly still engaged in clashes with Palestinians who are protesting Israeli violations against Al Aqsa Mosque. Maariv newspaper reported that the PM’s planned visit possibly includes a visit to Al Aqsa Mosque, which is the most sensitive place in Jerusalem.

The newspaper added that Netanyahu’s office stated that this visit comes in order to “monitor the the security measures” which will be implemented, starting from tonight, to cope with “the riots” in the city and in the surrounding area.

The 404 website said the visit is today, while Maariv said it might be in the next coming days.