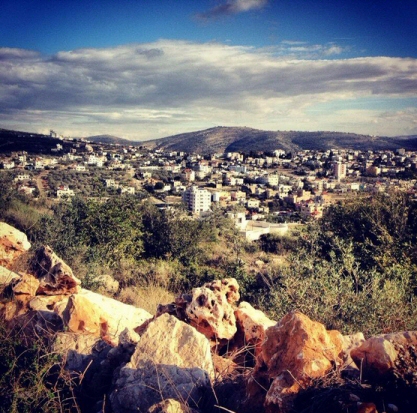 Israeli authorities, on Wednesday afternoon, ordered two Palestinians to leave their land within 48 hours, near the Salfit district of the occupied West Bank.The 26 dunams of land — about six acres — belongs to Omar Rashi Rayyan and Sabir Mustafa Mereiy, who found the notices hanging in their property in the Beir Abu Ammar area, north of Qarawat Bani Hasan village, in the Salfit district.

The head of the village’s council, Aziz Assi, told Ma’an News Agency that, while the property owners had received notices from Israeli authorities before, this was the first time the notices ordered their imminent eviction.

Assi said that Rayyan and Mereiy were ordered to uproot over 100 olive trees in the past, under the pretext that the trees were an “encroachment on nature.’

A spokesperson for COGAT — the body that coordinates activity by Israeli forces in the occupied West Bank — did not immediately respond for comment on Wednesday’s notices.

Israeli authorities frequently confiscate private land from Palestinians living under military occupation in the West Bank and East Jerusalem, which is often used for the expansion of settlements, nature reserves, or military training grounds.

Earlier this month the UN reported that some 13,000 Palestinian structures in the occupied West Bank are currently under Israeli demolition orders, leaving residents and homes ‘in a state of chronic uncertainty and threat.’