Army Kidnaps A Teen In Jerusalem, 24 Hours After Kidnapping His Brother 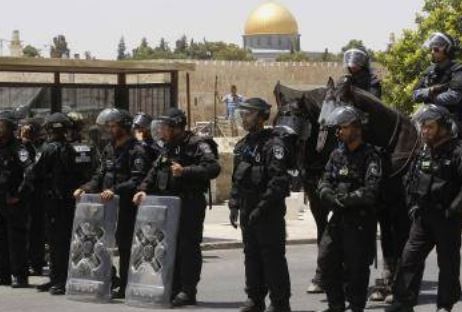 Israeli soldiers kidnapped, on Friday at dawn, a Palestinian teenager, the son of the Manuscripts Department head in the Al-Aqsa Mosque, in occupied Jerusalem. His abduction comes just 24 hours after the soldiers kidnapped his brother.Local sources said the soldiers invaded the home of Najeh Bkeirat, who heads of the Manuscripts Department in the Al-Aqsa Mosque, and violently searched the property before kidnapping his son Salaheddin, 17 years of age.

Salaheddin’s abduction came only 24 hours after the soldiers kidnapped his brother, Mohyeddin.

It is worth mentioning that Najeh’s oldest son, Malek, was taken prisoner in 2001, and was sentenced to 19 years imprisonment, and his second son Daoud, 22, was kidnapped in 2013, and received a three-year prison sentence.

Also on Friday at dawn, soldiers invaded the Rashayda village, east of the West bank city of Bethlehem, and kidnapped one Palestinian.

In related news, the army said it arrested, on Friday at dawn, three Palestinians in Kharbtha al-Mesbah village village, west of Ramallah, and one in Hebron city.