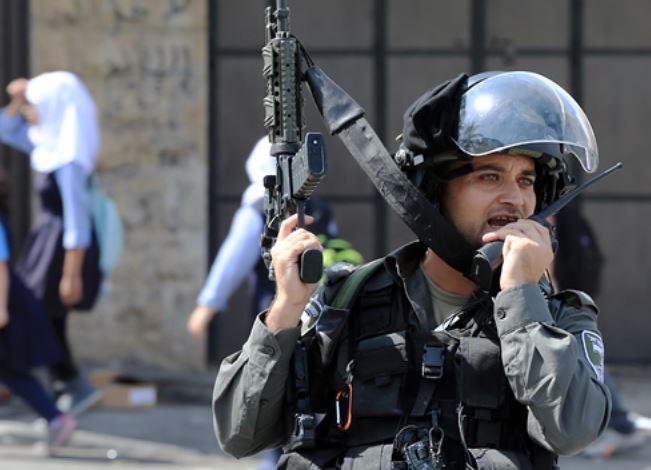 The Wadi Hilweh Information Center in Silwan (Silwanic), in occupied East Jerusalem, has reported that Israeli soldiers invaded, Friday, Sur Baher village, south of Jerusalem, and kidnapped two children. The soldiers also kidnapped an elderly man in the Al-Aqsa Mosque.The Center added that the soldiers invaded a few homes in Sur Baher, and kidnapped Mohannad Mahmoud Dabash, 13, and Laith Emad Dabash, 15, before moving them to an interrogation facility in the occupied city.

The soldiers also kidnapped an elderly man, identified as Ziad Abu Ehlayyel, after raising the Palestinian flag in one of the courtyards of the Al-Aqsa Mosque.

On Friday at dawn, soldiers kidnapped a Palestinian teenager, the son of the Manuscripts Department head in the Al-Aqsa Mosque.

His abduction comes just 24 hours after the soldiers kidnapped his brother.

It is worth mentioning that hundreds of soldiers and police officers have been deployed in every part of East Jerusalem, especially in the Old City and all gates of the Al-Aqsa mosque.

The army also decided to prevent all men below the age of 40 to enter the holy site for Friday prayers.