Army Carries Out A Limited Invasion In Northern Gaza 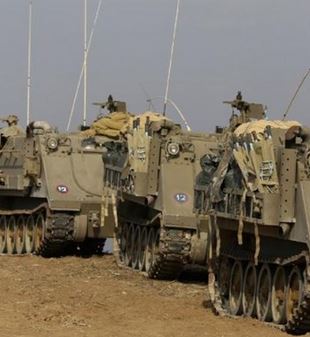 The army conducts frequent limited invasion into border areas in the coastal region, bulldozes and uproots lands, in addition to firing on homes, farmers and workers.

On Saturday at dawn, the army fired several missiles targeting different areas of the besieged Gaza Strip, causing excessive damage to homes and structures, while one Palestinian was injured.

On Sunday, the Al-Qassam Brigades, the armed wing of the Hamas movement, said it has captured an Israeli army drone in the north of the besieged Gaza Strip, the second such incident in about two months.