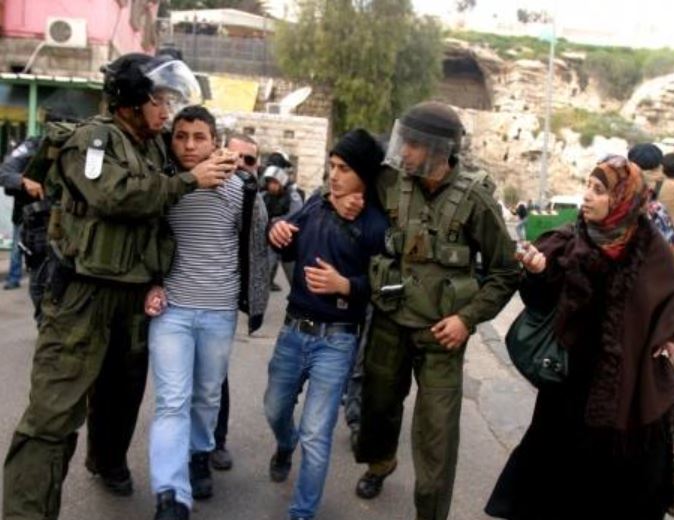 Israeli soldiers have kidnapped, earlier on Monday, four Palestinians in different areas in the southern West Bank district of Hebron, after the army broke into and searched several homes and a bakery.The army also invaded a village near the northern West Bank city of Qalqilia.

Another Palestinian, identified as Emad Khaled al-Juneidi, 20, was kidnapped from his home in Hebron city, after the soldiers broke into homes and searched them.

The soldiers also invaded a Bakery in the town, searched it and handed one of its workers, identified as Zoheir Meqbil, an order for interrogation in the Etzion military base.

On Monday at dawn, the al-‘Isawiyya and Silwan towns, and at-Tour neighborhood, in occupied East Jerusalem, and kidnapped 27 Palestinians, including 11 children.