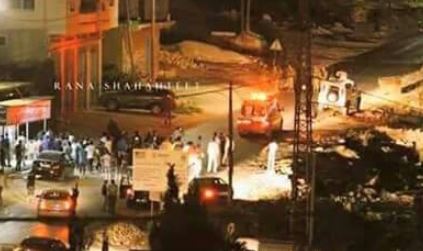 Israeli military sources said a young Palestinian man was killed, on Tuesday at dawn, near the Kharsa Junction, south of Doura, in the southern West Bank district of Hebron.

The army claims the young man tried to throw a grenade on the ‘Combat Engineers Battalion’ and that the grenade detonated before he managed to throw it, leading to his death.

An ambulance of the Palestinian Red Crescent rushed to the scene, but the soldiers sealed the entire area, and prevented them from reaching him.

The slain Palestinian man has been identified as Dia’ Abdul-Halim Mahmoud Talahma, 21, from Doura town.

After the news about the death of the Palestinians spread, clashes took place near the Kharsa roadblock, and the soldiers fired dozens of gas bombs on the protesters, and several homes.

Soldiers also invaded homes and searched them, and occupied several rooftops to use them as firing posts.