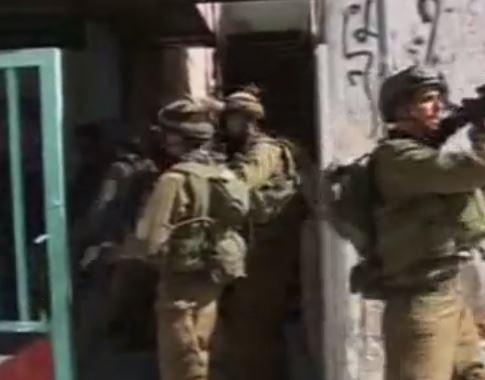 The army claimed the two children hurled stones on settlers’ cars and several army vehicles, driving on the said road.

In addition, medical sources said one woman was injured, after the soldiers assaulted her while trying to de-arrest the kidnapped children.

Soldiers also closed the northern and eastern bridges in the area, and denied access to all Palestinian traffic, while more military vehicles were deployed across road #60, and nearby Palestinian communities.

Late on Monday at night, soldiers kidnapped a young Palestinian woman from a village in the southern West Bank district of Hebron, and wounded three Palestinians in Beit Ummar town, north of Hebron city.

Earlier on Monday, soldiers kidnapped four Palestinians in different communities in of Hebron, after the army broke into and searched several homes, and a bakery.

On Monday at dawn, the army invaded the al-‘Isawiyya and Silwan towns, and at-Tour neighborhood, in occupied East Jerusalem, kidnapped 27 Palestinians, including 11 children, and demolished one home in Silwan.