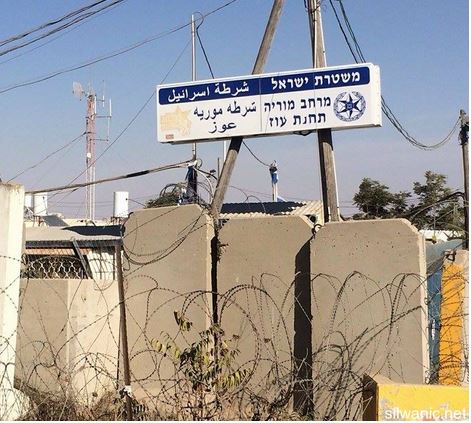 Israeli soldiers, and police officers, have kidnapped on Friday evening five Palestinians in occupied East Jerusalem, allegedly after they attacked an Israeli settler, mildly wounding him.The Police said the five were taken prisoner near the Hebron Gate of the Old City; the Police claims the five were monitored by surveillance cameras after the alleged incident, and were taken prisoner before being moved to the al-Qashla Police station, in the Old City.

On Friday at dawn, the second day of the al-Adha Muslim feast, the soldiers kidnapped four Palestinians in Silwan and Sur Baher towns, in occupied Jerusalem.

The Wadi Hilweh Information Center in Silwan (Silwanic) said the soldiers have kidnapped Bilal al-A’war, 21, and Suleiman Qara’in, 18, from Ras al-‘Amoud in Silwan, in addition to Walid Firas al-Atrash, 19 and Abed Mahmoud Dweyat, 19, from Sur Baher.

On Thursday at dawn, soldiers kidnapped five Palestinians, after invading and searching their homes, in Silwan, and summoned many others for interrogation.