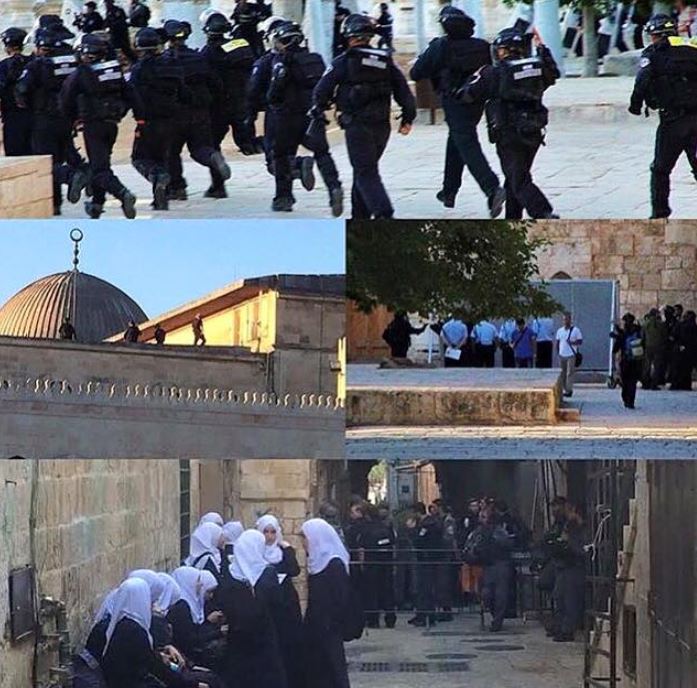 The soldiers also assaulted many Palestinians with clubs and batons.

The invasion also led to clashes between the invading troops and Palestinians, in the mosque and its courtyards.

They Israeli attack caused fires at the main entrance of the al-Qibli mosque, but local firefighters, working for the Islamic Waqf Department, managed to contain it before it spread.

Many residents were injured, and received treatment by Palestinian medics, in the Mosque’s clinic.

The army also used special tools to remove wooden doors and windows of the Al-Qibli Mosque, and hurled several concussion grenades into it.

In addition, soldiers stationed at the gates leading to Al-Aqsa, prevented dozens of worshipers from entering the mosque’s courtyards, especially through Bab Hatta and the Chain Gate.

The soldiers then assaulted many Palestinians, and started pushing them away.

The removal of the worshipers was carried out while dozens of Israeli fanatics gathered nearby, and marched into the mosque’s courtyards under heaving army and police accompaniment.

Clashes at Al Aqsa on Last Day of Eid