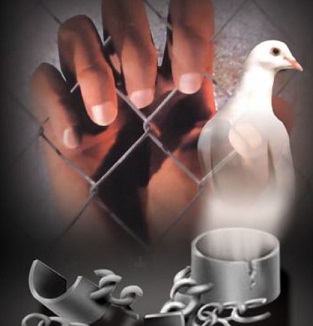 The Palestinian Detainees’ Committee said a Palestinian detainee, who has been in solitary confinement since September 20, is currently held in a cell that lacks basic requirements, in addition to constant fowl smells, bugs, roaches, and humidity.The Committee said Noureddin A’mar, 37 years of age, was forced in solitary in Ayalon Israeli prison, under direct orders from the Israeli Internal Security, and not the Prison Authority.

It also said that the cell, where the detainee is held, is infested with roaches, bugs, in addition to humidity and constant foul odors.

A’mar has also been denied the right to family visits for more than two years, and was moved a few weeks ago from solitary in Ramon Prison, to solitary in Majeddo.

The Committee added that Israel is deliberately constantly transferring him from one detention facility to another, as a form of punishment meant to keep him restless.

The detainee has two brothers who are also held by Israel; Nidal who is held in Eshil Prison, and Abdul-Salam, held in Gilboa’.

Al-A’mar is from the northern West Bank city of Qalqilia; he was sentenced to 30 years.