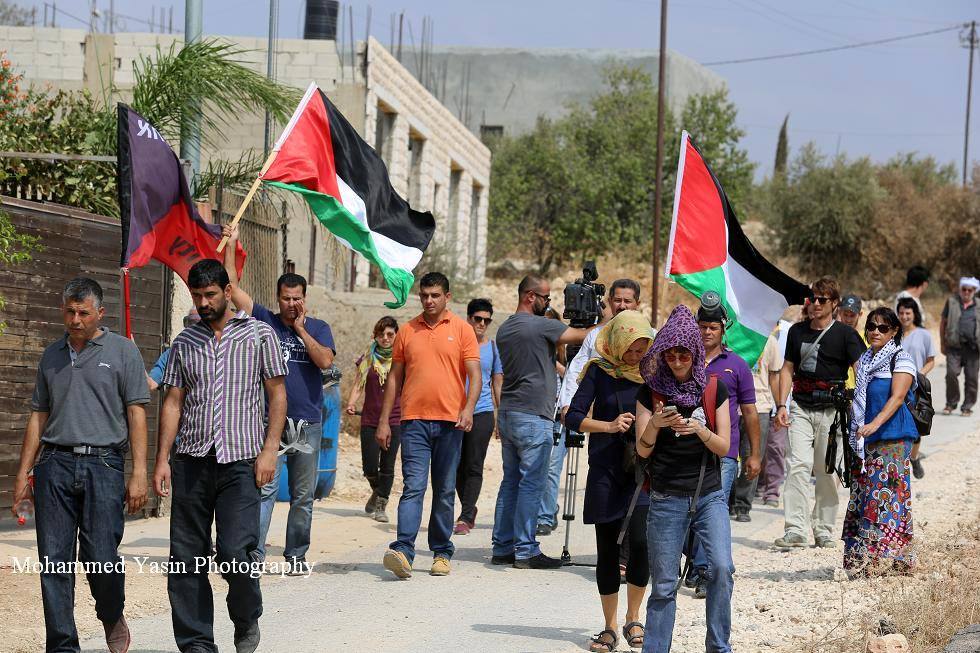 Israeli soldiers attacked, Friday, the weekly nonviolent protest against the Annexation Wall and settlements held by Palestinian residents, Israeli and international peace activists, in Bil’in village, west of the central West Bank city of Ramallah.The protesters marched from the center of the village, raising Palestinian flags, and chanting against the escalating Israeli attacks and invasions into the Al-Aqsa Mosque, in occupied Jerusalem, and in solidarity with all Palestinian political prisoners.

They carried Palestinian flags, and signs denouncing the Israeli violations against Islamic and Christian holy sites in occupied Palestine, and calling for liberation and independence.

As the protesters reached Palestinian orchards, near the old site of the wall, that was rerouted in 2011, the soldiers started firing rubber-coated metal bullets, gas bombs and concussion grenades, causing scores to suffer the effects of tear gas inhalation.

Also on Friday, soldiers attacked the weekly nonviolent protest in Kufur Qaddoum, near the northern West Bank city of Qalqilia, wounding three Palestinians, including a journalist, with live fire, while one child was shot with a gas bomb, and many others suffered the effects of tear gas inhalation. 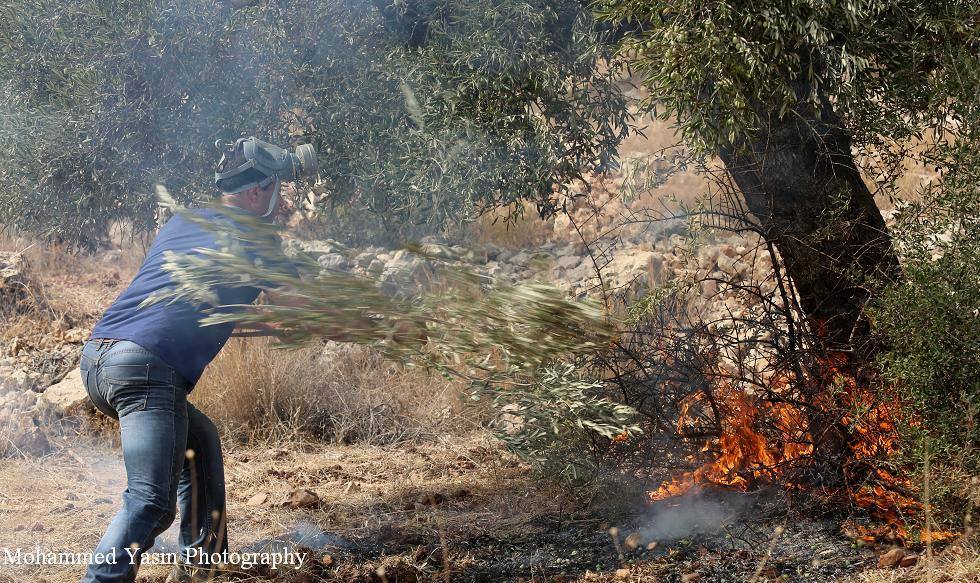 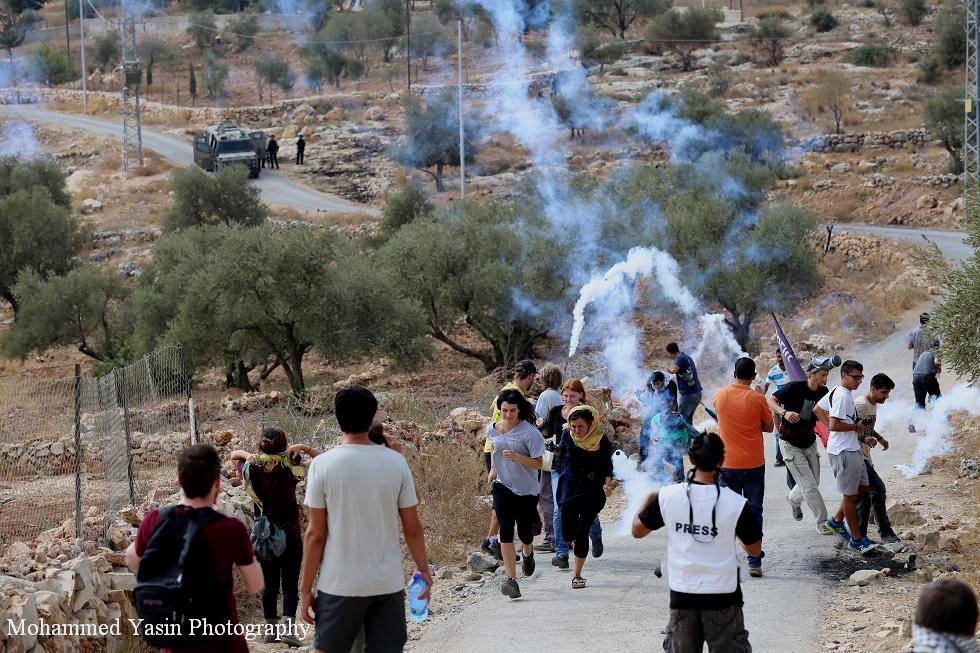