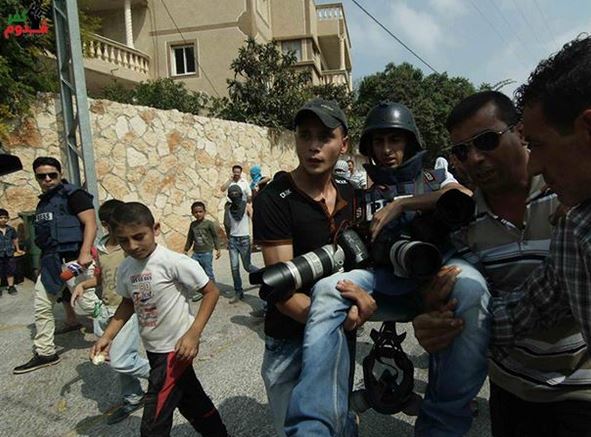 Israeli soldiers attacked, Friday, the weekly nonviolent protest in Kufur Qaddoum, near the northern West Bank city of Qalqilia, wounding three Palestinians, including a journalist, with live fire, while one child was shot with a gas bomb, and many others suffered the effects of tear gas inhalation.The protesters marched following Friday noon prayers, while chanting for the Al-Aqsa Mosque in occupied Jerusalem, subject to escalating Israeli attacks, and the ongoing violations in the rest of the occupied territories.

They also chanted for liberation and independence, called for the release of all detainees, and in support of the Palestinian diplomatic moves in various international organizations, especially United Nations agencies.

Coordinator of the Popular Committee against the Wall and Settlements in Kufur Qaddoum, Morad Eshteiwy, said the soldiers used excessive force against the nonviolent protesters, wounding Ahmad Tal’at, a cameraman working for the Italian News Agency, with a live round in the leg.

The cameraman was wearing a clearly marked journalism vest, and was carrying three cameras.

The Israeli attack led to clashes between the soldiers, and dozens of local youths, who hurled stones and empty bottles on them.

Soldiers also shot and wounded ‘Aref Marwan, 17 years of age, and Nasr ‘Aqel, 41, with live rounds in their legs, while Raed Husam, 16, was shot with a gas bomb in the arm.

The four wounded Palestinians received treatment by local medics before being moved to the Rafidia Hospital in Nablus.

Kufur Qaddoum residents, and supporters, hold weekly marches demanding the army to reopen the main road that was blockaded by the army thirteen years ago. 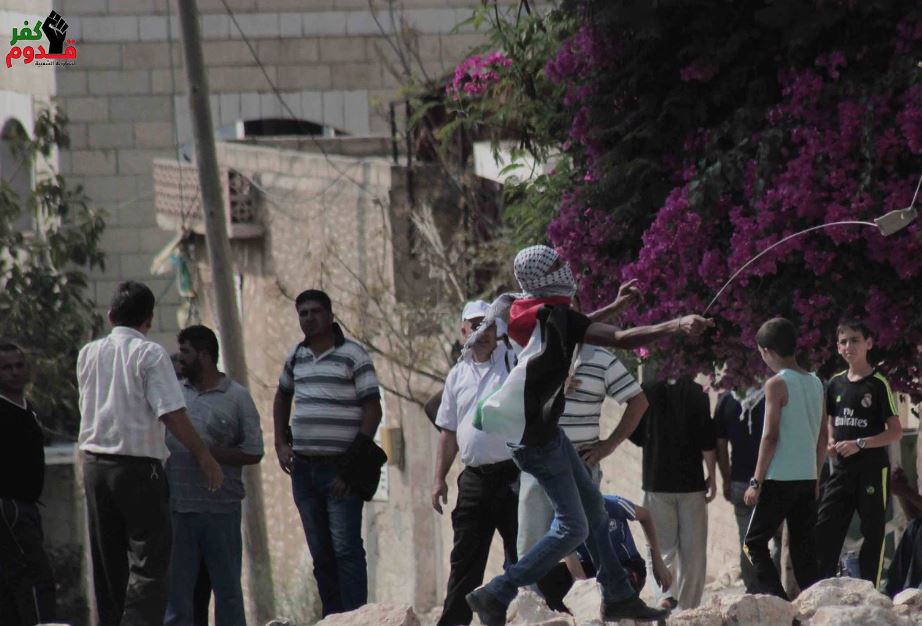 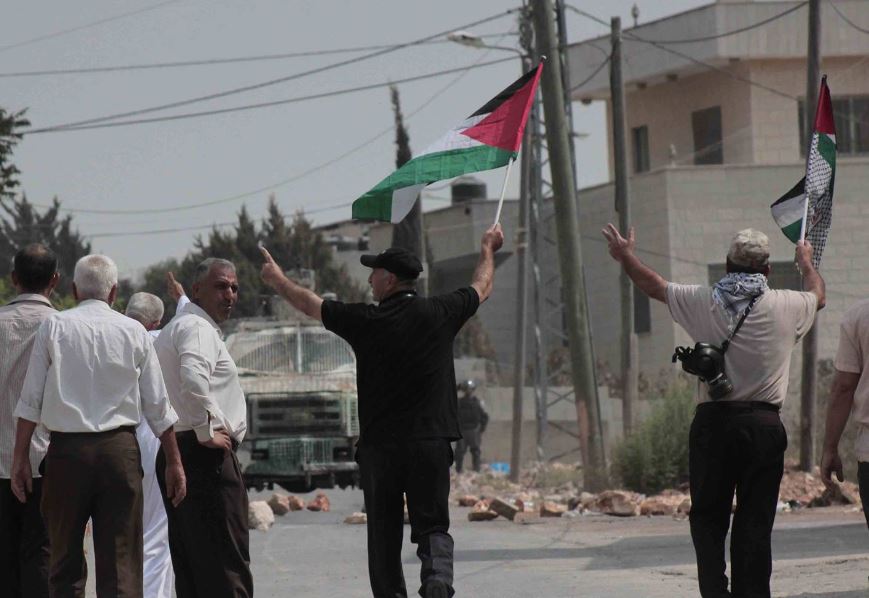