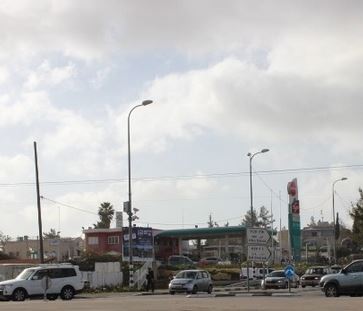 Palestinian medical sources have reported, Friday, that a young man was shot and injured after an Israeli settlers, living in the Gush Etzion Settlement Block, south of Bethlehem, opened fire on him. Clashes took place near Ramallah.The sources said that Walid Khaled Qawwar, 35, from the ‘Aida refugee camp, north of Bethlehem, suffered shrapnel injuries, and was moved to a local hospital in Bethlehem in a moderate but stable condition.

Similar clashes took place near the al-Jalazoun refugee camp, in the central West Bank district of Ramallah, after dozens of Israelis gathered near the Beit El illegal colony, to protest the Thursday fatal shooting of a settler and his wife.

The settlers closed the main road between Nablus and Ramallah, and prevented Palestinian cars from crossing.

Later, several Palestinian youths hurled stones and Molotov cocktails on a number of Israeli cars and military vehicles, before the soldiers removed the settlers due to the intensity of the clashes.