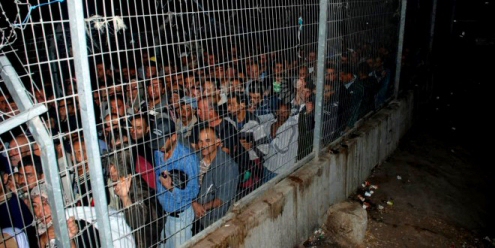 Officials close to the Israeli Prime Minister Benjamin Netanyahu, on Sunday, said that Israel could launch another offensive on the West Bank, to halt what he called “Palestinian violence”, referring to the 2002 Israeli crackdown in the West Bank, in response to the Second Intifada.According to the Times of Israel, Israeli minister of transportation, Yisrael Katz (Likud), on Sunday, said via Army radio that a large operation could be in the offing and also threatened a closure on Arab neighborhoods in East Jerusalem, which was already implemented now in the Old City of Jerusalem, except for the residents, students, settlers, tourists and businessmen.

“We can impose a closure on the Arab neighborhoods in Jerusalem and stop the privileges of freedom [of movement] to work — these are steps that if faced with security [challenges] we will be forced to used them,” said Katz. “So in Issawiya they will be closed off inside the neighborhood and not work in the most attractive jobs.”

PNN reports that Netanyahu was to meet with the security cabinet Monday night, after the conclusion of the Sukkot holiday, to discuss operations against the West Bank, the Israel Hayom daily reported.